I’ve had to do some geocoding of addresses. It used to be free to process a lot of addresses, but now that this is a more mainstream activity you generally have to purchase an Enterprise License.  This can cost upwards of $10,000.  If you have a very small number of addresses you can use a free service like Bing Maps, which currently allows you to process 50 records at a time, and run 5 jobs per 24 hours.  This means a maximum of 250 per day.  If you want to check out how this works, here’s how.

Get a Bing Maps Key

You need to have or set up a Microsoft account to get a key.  Follow the instructions to get a Basic Key.  If you have a large number of addresses you will want to look into purchasing an Enterprise License.

Set up an SSIS project 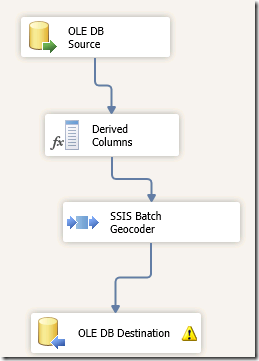 Configure the OLE DB Source to connect to the table that contains the addresses.

Configure the SSIS Batch Geocoder like this, using the two variables as the Bing Maps Key and the Job Description, and mapping any other relevant columns from your data. 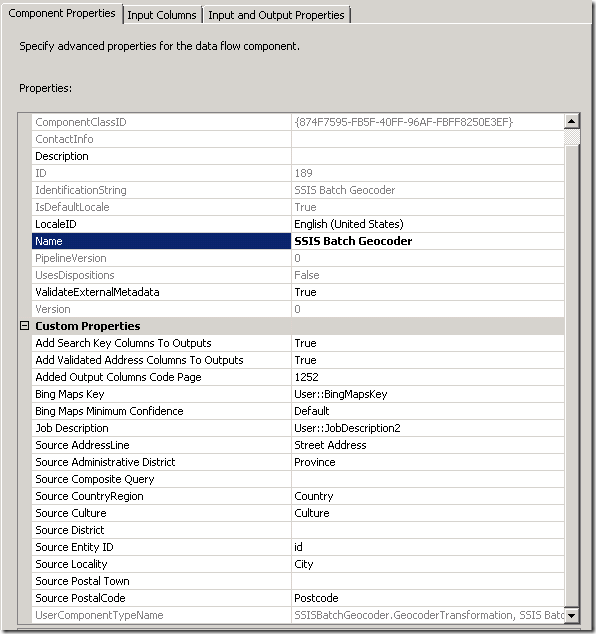 Configure the OLE DB Destination to wherever you want your output to reside.  Choose whichever output fields meet your needs.  The latitude and longitude output can be stored in a field of SQL data type “Geography”.

In preparing this post I found these articles helpful. 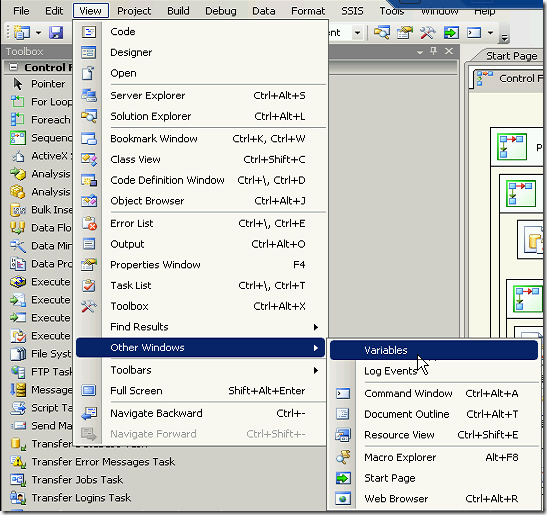 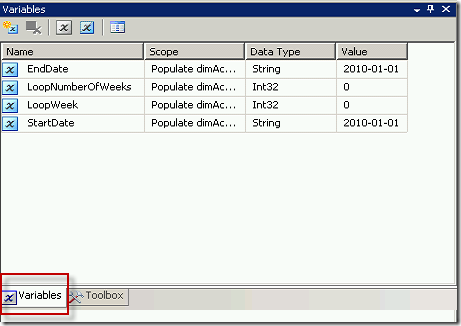 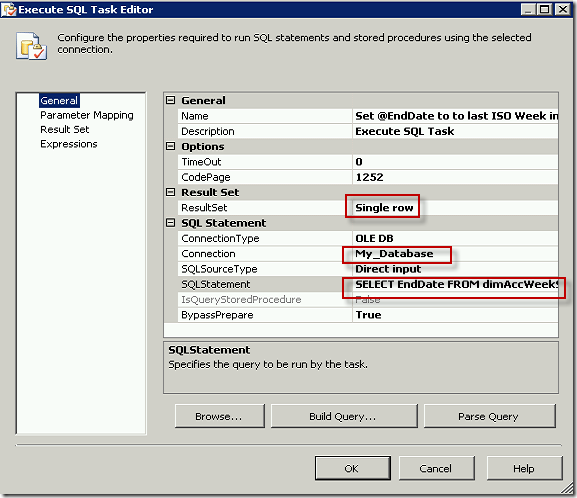 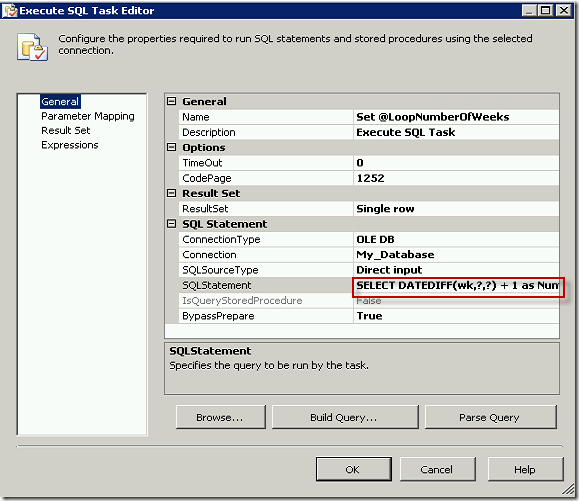